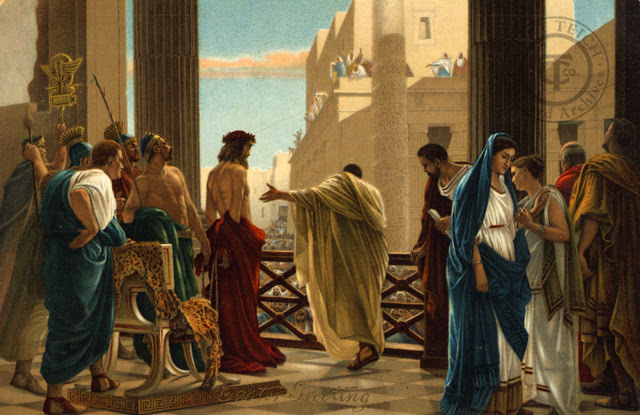 “So Pilate decided that their demand should be granted. He released the man who had been thrown into prison for insurrection and murder, for whom they asked, but he delivered Jesus over to their will.” (Luke 23:24-25)

Pilate was a governor - a position which commanded much influence but also demanded much responsibility. In this passage this week, we see that despite his attempts to absolve and release Jesus, Pilate eventually caves to the pressure of the crowd. Despite his initial attempts at being a good leader, this caving to pressure, and ultimately poor leadership, was so significant it now lives on forever in the Apostles Creed... "He (Jesus) suffered under Pontius Pilate".