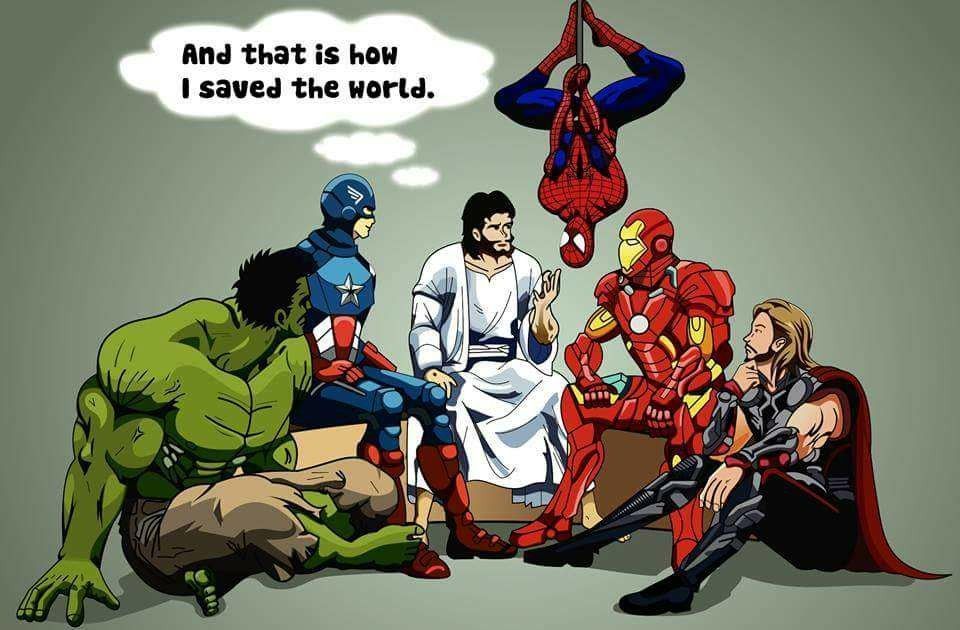 We love strong heroes. When I was growing up, Superman (my then favourite), Captain America and Wonder Woman were particularly iconic heroes who embodied strength, truth and justice. At least, that’s how I remember it. In this day and age, we prefer our heroes to have flaws but to still bring justice. (For all its violence, I found the story of Wolverine as told in the movie, ‘Logan’, to be particularly compelling — a broken hero who lays down his life to save others.) The old heroes represented ideals to which we aspired, the new are icons with which we can relate.

With all of these heroes, however, violence plays a large part of the fight for justice. Violence is is used to overcome  violence, if necessary. What else is a virtually indestructible being meant to do? It’s not like Captain American can pull a Jesus and die for us — he’s everything-proof.

Meeting violence with violence is a natural response. Our ‘fight or flight’ response means we either have to eliminate the threat or get away from it. I don’t think anyone blames the Ukrainians for violently resisting the Russian invasion. In fact, we’re inspired by the David vs Goliath narrative and individual stories of bravery.

When it comes to God and the problem of evil in our world, though, we wonder — why doesn’t God deal with it? Why doesn’t he crush it? Or save us? Or both?

Good Friday reminds us that God is not like us. It’s not that God never resorts to violence — the Old Testament has its fair share. But when did that work, really? It’s as if, on the cross, God is saying, “We tried it your way, o humans, now let’s try it mine.”

Christianity does not present a God who crushes evil with violence, nor one who flees from it. Instead, he submits to it and, through suffering evil, overcomes it, transforms it, and creates something new. He had the power to do it a different way, but he chose not to. He did something far more powerful, and continues to do so. Remarkable.

This is not a message for the strong and independent. But it’s great news for those who are weak. The meek shall inherit the earth. The cross and resurrection are the evidence of that.