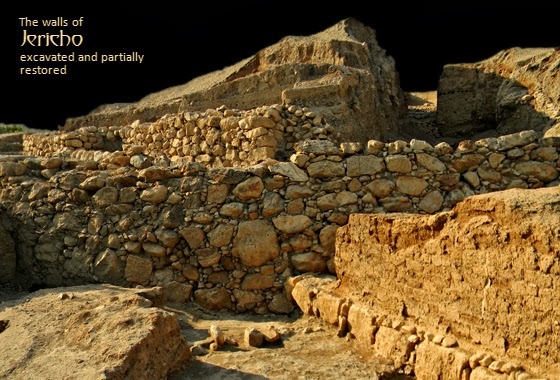 On Sunday I spoke about the story of Rahab. You can find it at the beginning of the account of the conquest of Canaan in the book of Joshua ch 2. In recent years people have questioned the morality of the conquest narrative and God’s commands to wage war and kill. How could a good God condone killing? Isn’t this genocide, which is immoral? What’s more, doesn’t this story justify future holy wars? Can we reconcile a command apparently to do evil with a good God?

This is a nuanced topic bigger than one blog post and all I can do is throw out a few lines of enquiry. Of course, not everyone will be satisfied with these answers (even given partially) but I hope they help.

Many critics don’t believe the invasion happened at all, so in that regard, there would be nothing to defend. No harm, no foul. But if I believe the story and believe in God, then that says something about my view of God and I do need to justify that. BUT, the critic has to let me do so from within the framework of Christian belief. Christian belief is a complicated tapestry and you can’t just pull one thread out and go, ‘gotcha!’

God speaks to the Israelites in two places about the invasion: Numbers 33.50–56 and Deuteronomy 7.1–5.

In Numbers the language is that of ‘driving out’ the inhabitants there is no command to exterminate them. Deuteronomy also begins with the language of driving them out before commanding their complete destruction. But what does ‘destruction’ mean? It seems the goal was not the death of the Canaanites, per se, but their removal from Israel’s presence and the destruction of their abominable culture that the point (and the culture really was that bad — see below).

As the story of Rahab tells us, the whole land was in fear of the Israelites. They saw what was coming and it’s quite likely that many inhabitants simply fled before the oncoming army. There was no hint of the Israelites pursuing them — their evacuation achieved Israel’s goal.

In their admittedly controversial book, Did God Really Command Genocide?’ Copan and Flanagan argue that God did not actually command genocide in the first place! In the ancient world we see the liberal use of hyperbole in official documents where kings boast how they utterly destroyed a people (when they clearly did not) and grossly over-inflate the number of dead or the size of their armies. The Old Testament also seems to use hyperbole in places. We need to remember that the Bible contains documents written with different literary conventions to our own and it is not trying to relate history as we understand it. The point is to relate the meaning of history, not the details. In numerous places we read of the utter destruction of a town or people and then, a few chapters later, they pop up again. It’s quite possible that Moses was using this kind of language in relating God’s command.

Nevertheless, there is a lot of killing in this period and non-combatants and children seem to be targeted. Plus, cultural genocide and dislocation is considered immoral in the contemporary conscience. How is all this killing and destruction justifiable?

The justice and judgment of God is a tough pill for us to swallow. We don’t like the idea of guilt and sin, let alone the idea of a holy God who judges sin. We prefer a God of love and to leave it at that. And yet the consistent biblical witness is that God is a God of justice as well as love. In fact, I would argue, you can’t have love without justice.

Canaanite culture was riddled with the worst kinds of evil: child sacrifice tops the list. Pederasty, incest, bestiality, ritual prostitution, and adultery were accepted practices, often in the public sphere. My question is, how could a good God not act? It is not God who needs defending, it is the critic who needs to explain how such a depraved culture has any place in the world.

Another criticism is that this event justifies holy wars in general. All someone needs to do is declare a group as morally reprehensible and wiping them out is justified. Look at the Crusades, Islamic Jihad, and Putin’s invasion of Ukraine for examples of religious justification of violence.

This doesn’t really fly, however, because the Bible explicitly precludes the conquest of Canaan as a justification for waging other wars of extermination.

The conquest of Canaan first needs to be seen in light of God’s promise to Abraham. In Gen 12.7 and other places God promised the land of Canaan to Abraham’s descendants. But this was to happen centuries hence because the iniquity of the Amorites (Canaanites) had not yet reached its full measure (Gen 15.16).

In Deut 20.10-18 God explicitly says that when Israel waged war on any city ‘far away’ (non-Canaanite), they were to offer terms of peace. If accepted, everyone could live but if refused, the men were to be killed and only the women and children were to live. Only the cities of the Canaanites nearby were to be utterly destroyed without mercy. (Incidentally, the rules around war should be read more as regulating war rather than condoning it in the same way that Jesus told the Pharisees that Moses permitted a man to divorce his wife because our heart are hard, not because it is God’s will. It was not a command but a concession to human nature.)

Whatever else we do with the conquest narrative, it was limited to that time and place in history. It was the fulfilment of a promise and judgment on a particular people. It in no way justifies future wars and when people try to justify 'holy war' they are going against the Bible's teaching.

Doesn’t God Break His Own Command Not to Kill?

The command ‘Thou shalt not kill’ (Ex 20.13) is frequently cited as a contradiction in the Bible. God prohibits killing and then commands the killing even of non-combatants.

It’s really not contradictory, though.

In the first instance, the problem is one of translation. God clearly commands capital punishment in the exact same context as this command prohibiting killing (context matters when interpreting the Bible). We should understand the command as prohibiting murder, not killing in general. In fact, the Christian Standard Bible translates it this way.

But let’s say it was a blanket prohibition on killing — that doesn’t mean God has to follow his own rules. God is the sovereign creator. As the giver of the law, God is not subject to the law. We see this in everyday life. Parents make rules for their children that they themselves don’t have to follow. Business owners can break their own policies in ways an employee can't. God gave the law to us, not to himself.

This also means that God can and does appoint agents who are not subject to the law in certain circumstances. In the case of killing, Romans 13 says the government wields the sword as God’s agent. This both gives the agent power and limits that power to certain circumstances (i.e. restraining evil).

In the same way, Israel was God’s agent for judgment against the Canaanites. As noted previously, the context does not give us permission to take on this role ourselves, but it is not problematic that Israel did then.

What About the Children?

Admittedly, the hardest part of the narrative is the apparent killing of children. How can you justify this? If part of the judgment on Canaan was ending child sacrifice, how does killing them in an invasion help?

There are no answers that will satisfy us emotionally. But there are reasons that help explain.

Life in the ancient world could be brutally hard and I don’t think the Israelites really had an alternative, once set on this path. I know in our comfortable middle class modern culture we think all those young children could have been adopted, or something, but it’s simply not realistic.

For one, while the Canaanites were meant to be driven out or destroyed, the culture lived on in other places (the Phoenicians and Carthaginians, for example, were the same people group). This would create issues as Canaanite orphans grew up and discovered their story. (Would we really want Russia to adopt the orphans it's creating? Fortunately, Ukraine has other options.)

Secondly, the ancient subsistence family probably didn’t have the resources to feed the extra mouths. One scholar has estimated that the average ancient family went hungry for two months of the year between the end of their grain supply and the next harvest. Living so close to starvation shapes social customs in profound ways — who your daughters marry, the significance of a shared meal, who’s in and who’s out of the family, village, tribe… We should probably be less quick to judge the past than we often are, living in a society where obesity is a bigger problem than starvation.

The killing of children remains a problematic area and perhaps there is no justification but there are at least reasons.

Did God really command genocide? And if he did, was it justified? (Can it ever be justified?) Ultimately, my own answer begins with simple faith in the goodness and justice of God. I begin with the assumption that God is good and has justifiable reasons for commanding what he does. He is God and I am not, and there is a big space in between. (At the same time, in Jesus there is no space at all! But that’s the subject for another post.)