Is Jesus King? You Said It! 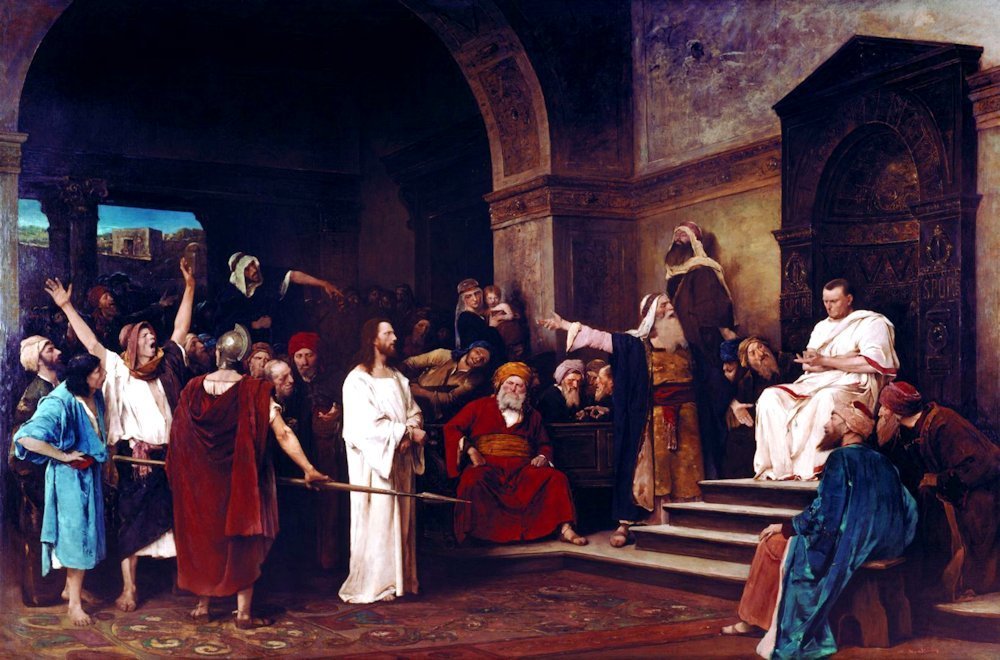 Jesus stands on trial for his life and as questions and accusations are flung at him, these two stand out. As does his response.

Of course he was the Son of God and the King of the Jews. But to admit the first would be tantamount to blasphemy in the ears of the Jewish leaders (which is what they concluded, in any case). And to admit to the latter would be sedition in the eyes of the Romans.

And so, on the surface, it looks like Jesus hedges. It's as if he's saying, 'You're the one who said it, not me.'

Dig a little further, though, and I think Jesus is pointing out the irony of the Jewish Leaders' and Pilate's questions. They spoke truth, but they didn't believe it or even understand the depths of the truth behind their questions. 'You said it (but you don't get it)'.

In an even more, horribly ironic twist, Jesus' own people want him killed while the Roman wants to set him free. In the end, both will be guilty of his death.

Whether we recognise it or not, Jesus is still the Son of God and King of the Jews (and Gentiles) but the point is, do we believe it? And what does it mean for our lives if we do?