Take Up His Cross 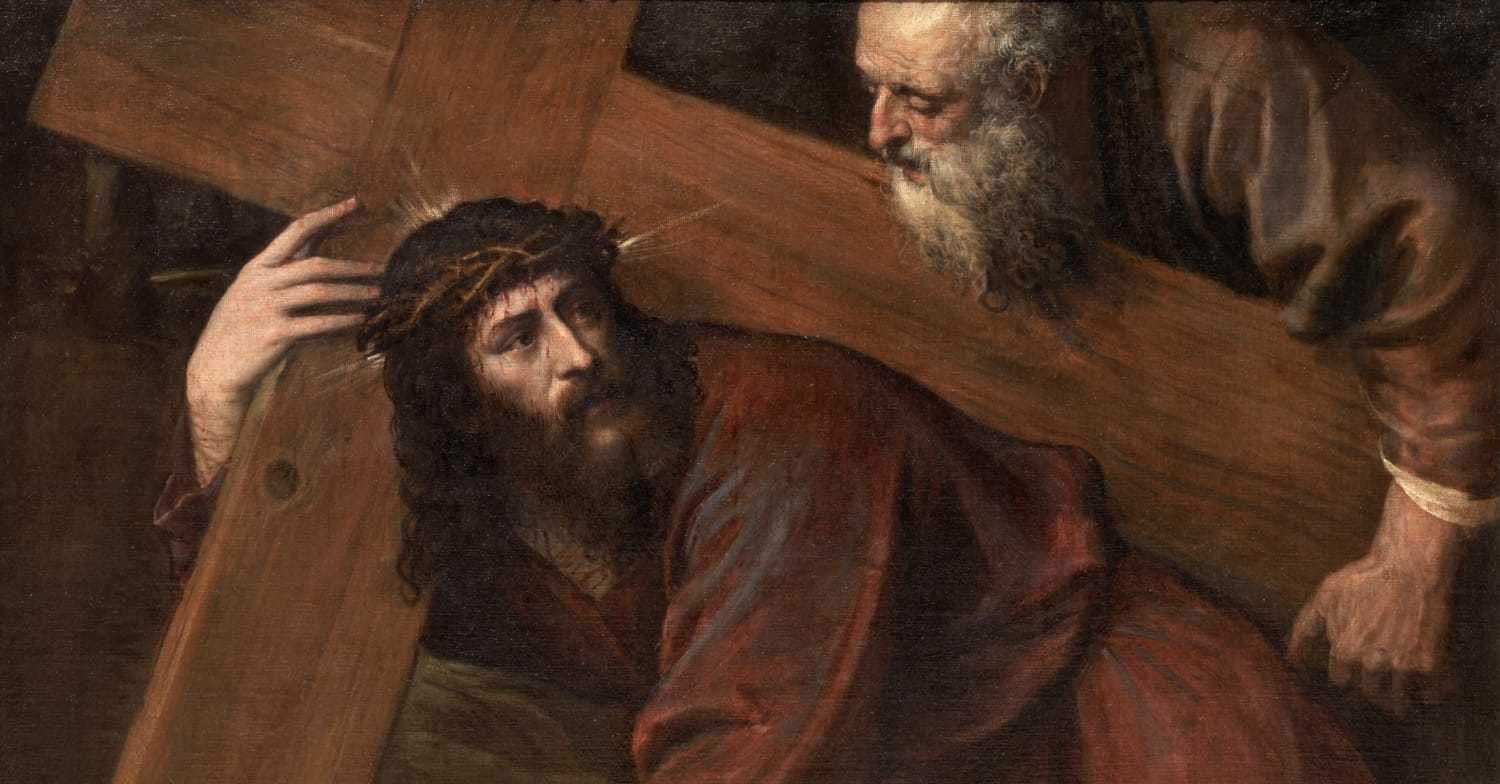 Luke 23:26 As they led him away, they seized Simon, a Cyrenian, who was coming in from the country, and laid the cross on him to carry behind Jesus.

Beaten and bloodied, Jesus carries his cross until he can carry it no longer. Presumably he fell and the Roman soldiers co-opted the hapless Simon, who was from Cyrene in modern day Tripoli, to carry it for him. Who is this random character who appears in the Jesus story? Is he Gentile who found himself in the wrong place at the wrong time? Perhaps a diaspora Jew visiting Jerusalem for the Passover?

And what goes through his mind? No doubt Simon was familiar with the crucifix. They were a common means of execution in the Empire, public so as to act as a deterrent, and deeply shameful. Whether he was part of the crowd, a curious onlooker or just got in the way, suddenly he finds himself a reluctant part of the drama. And as a result, his name and the names of his sons go down in history. Somewhere along the line Alexander and Rufus become acquainted with the church.

Apparently through these brief moments of contact with Jesus the course of Simon's family's life is changed forever. He becomes a living image of the call to take up our cross and follow Jesus, and he discovers that through the humiliation he experiences and the horror that he watches, there is life in Jesus.

I am merely speculating, but I wonder if one of Jesus' resurrection appearances was to Simon. Wouldn't that be cool!?